You’ve probably already heard of the electronic cigarette trend that’s sweeping the world. These small, cigarette-like devices have been touted as the latest and greatest way to break an addiction to nicotine in a way that’s far healthier than cigarettes ever were.

Quick Navigation
What Does Vaping Mean?
How Does It Work?
What Do These Devices Look Like?
The Health Concerns of Vaping
Statistics Surrounding Vaping
Vaping Can Lead to More Serious Use
Staying Ahead of Dangerous Trends

While it might all sound harmless enough, the danger begins when young children and teen taking up as a new hobby these e-cigarettes, or a way to fit in with friends. Vaping is the act of inhaling one of these devices, which comes in many different flavors and types, and they’re full of potentially dangerous ingredients like nicotine and other synthetic drugs.

For parents of teens who are new to the subject, there’s quite a bit to learn. Because these products have been marketed as a great alternative to cigarettes then there might not be as much of a fuss made over them, but there’s actually quite a few dangers for young people who start following the fad.

What Does Vaping Mean?

Vaping is the act of inhaling vapors from an e-cigarette, but within this simple definition, there are quite a few terms at play. Vaping might also be referred to as ‘juuling’ which comes from the word ‘juul’, a brand that makes small, USB type e-cigarettes that can be charged in a computer or other device.

An e-cigarette can come in many forms, most commonly in the shape of an actual cigarette. The user breathes in the vapors, just like they would inhale from a cigarette, and then blows them out. The result is a lot of cloudy expulsion that looks like smoke but is actually vapor that they’ve exhaled.

These devices were originally designed as an alternative to smoking cigarettes and marketed towards adults who were trying to kick the habit. While studies have shown that they are safer than smoking cigarettes, they still do contain nicotine and pose other health risks that make them incredibly unsafe for teenagers.

How Does It Work?

There are many different brands of e-cigarettes around, with each of them offering something that makes them appealing to the user. Within these designs though, they work mostly the same way and have the following parts:

Some brands have combined the cartridge with the atomizer in a disposable product and others require you to replace and refill them. The atomizer heats up the liquid within until it reaches boiling point and then you inhale the vapors that come from it. It’s similar to a fog or smoke machine that you find at a disco, but this time you’re breathing it in directly. 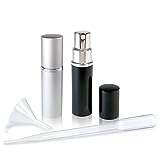 The cartridges come in different flavors which is what makes them especially appealing to a younger crowd. There are cigarette flavors like menthol and others like cotton candy and strawberry that make it seem as though the vapors you breathe in are entirely harmless.

When somebody smokes one of these e-cigarettes, it creates quite a large amount of smoke, but unlike a normal cigarette, there’s no unpleasant smell or lingering smoke in the area. This is why it can be especially hard for parents to tell if their teen has been vaping, and why some establishments allow people to smoke them in public still.

There are many different styles of e-cigarettes to be found, but the most common is one that looks like a cigarette. They even have an LED light at the end that mimics the burning of a cigarette. This can make them helpful for adults who are trying to quit but also entice teens to want to try them out.

The Juul brand looks a little different, with a more compact and slimline device that looks resembles a USB stick. The discreet appearance of these products make them easier to hide, and they can even plug straight into a computer or laptop to be charged without anyone thinking it looks suspicious.

The Health Concerns of Vaping

As vaping is still a relatively new activity, the long-term risks and consequences are yet to be documented. There are have been numerous health professionals who claim that as an alternative to nicotine cigarettes, e-cigarettes are substantially healthier, but the problem lies with teenagers or young people who have never been exposed to nicotine before.

Another troubling area of concern is their regulation, as the manufacture of these devices and the cartridges that go in them is unregulated. This means that although a brand can specify exactly what chemicals and ingredients are within, there’s no way to verify this and no governing body who is watching over them.

The Center for Disease Control warns that vaping can be dangerous due to cancer-causing chemicals used in them. One Juul pod contains as much nicotine as a packet of cigarettes which is one of the most addictive substances we know, and for teens, this can be especially worrying to be exposed to.

The chemicals used to make vaping liquid are especially dangerous, and they appear to be marketed towards a younger crowd with their sweet smells and tastes. A 2016 study found that the agents used to flavor the liquid can cause something called popcorn lung, which has been found in the lungs of the workers who make microwave popcorn.

Vaping is a trend that is taking over the world, and there are now millions of users in the US alone. Here are some statistics about the e-cig trend from the National Institute of Drug Abuse, so that you can get a clear picture of the impact it’s had so far.

These stats show that children still remain uneducated about the realities of vaping, so this can lead to an open and honest conversation with you as the parent. Without trying to scare them with statistics, you can offer them some insight into what the e-cig trend is really doing.

Vaping Can Lead to More Serious Use

One of the major concerns of vaping is that it will lead teenagers to other bad habits. Once they have formed an addiction to the nicotine within, they will increase their uptake of it, or possibly turn to harsher strengths found in actual cigarettes. There is also the fear that vaping may be considered a gateway to other drugs, like smoking marijuana.

The real harm with vaping is that both teenagers and adults underplay the seriousness of it. As they were first designed as a way to quit cigarettes, people looking at vaping as the lesser of two evils. However, with kids taking up the habit and a widely unregulated product that contains vast amounts of chemicals, it’s obvious that it’s more serious than this.

Staying Ahead of Dangerous Trends

Vaping is a topic that is gaining more traction every day, and for parents of teenagers, it can certainly be a cause for concern. As parents, the best thing to do is stay educated so that you know everything there is to know and learn about what these various devices and products look like.

Having an open and honest conversation with your child is important, and rather than going on a scare campaign you should speak calmly with them about the real risks involved. It may seem to them that vaping is a safe hobby to have, but a clear presentation of the facts might be enough to change their minds.

Kids will always find a way to break the rules and especially if their peers are involved in the same activities. Keeping the lines of communication open with your teens and knowing what to look out for with trends like this will put you a few steps ahead of the problem. Vaping is still a relatively new activity and one that we will surely learn more about as the years progress.